In real life photography, a little pre-photoshopping on location is time saved when editing, and by that I mean removing things (if possible of course) that has to be fixed in post editing anyway. So before the shot is actually taken, remove or fix things such as an odd twig, toys in the background, garbage, or stray hair on the model etc. Basically try and get rid of anything that doesn't belong in the final picture. You'll thank your self later if you do.

Until just recently, I thought that was more or less impossible in SL without having editing rights, but a shooting sessions with Debbie Jasper over the holidays taught me something very cool. I might be the noob here for not knowing this clever little trick, but I'm okay with that :) I'm always willing to learn and share.

The session we were on was shot over the Christmas holidays. We were shooting a gown Debbie was blogging, and the problem was there were Christmas decorations and other items that just didn't fit the theme of the gown. After have shot from a few different angles I just couldn't get a shot I liked because of the items on location. Then Debbie said - "Just de-render temporarily".  /Me: "Huh?" So she showed me, and low and behold, life just got a little bit easier.

I found some of the raw photo's from that first session. In this shot, the cat on the piano and the lamp at the end of the stage is bugging me. But to clone those items out in Photoshop looks like a lot of work so kept looking for angles where these items weren't visible, but that of course changed the look and view of the gown. 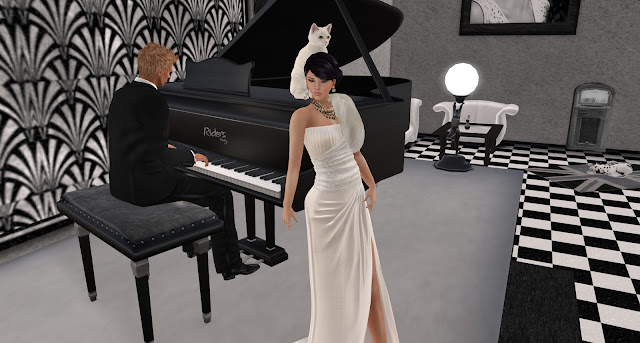 After Debbie's little revelation we went back the next day. Below is another raw shot from the second session. The cat and the lamp has been de-rendered temporarily making the post editing a lot easier. 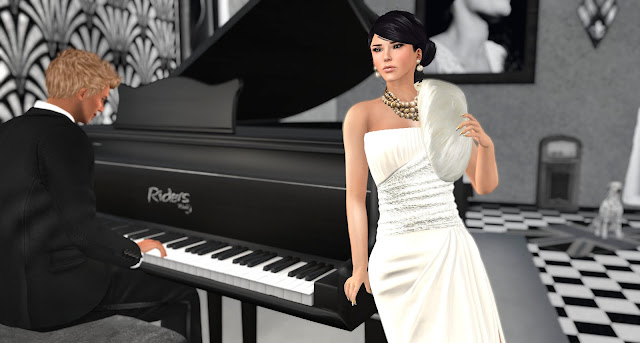 Here's how do this in Firestorm:
And the item such as a pose-ball, tip jar or perhaps a person in the back ground is gone. You have a much cleaner raw photo to work with in Photoshop.

One thing to keep in mind when doing this, is to be very careful what you click on. I lost the floor the first time I tried but a quick relog fixed it, and I could start over with de-rendering unwanted items again.

Here's a link to the gown Debbie blogged.

This blog post was also posted on http://debbiejasper16.blogspot.sg
Posted by Scott Nobody at 07:10 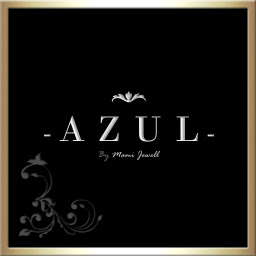 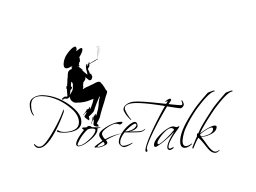 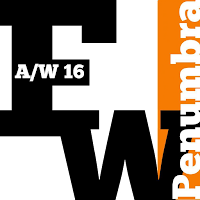 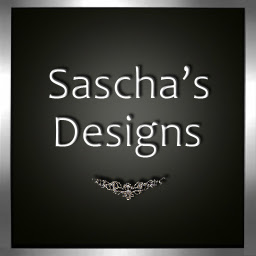 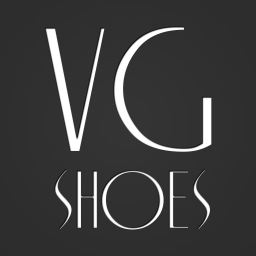